Stop Damaging Your Own AdWords CTR?

We pay big bucks to advertise so naturally we want verification the ads are running as expected. For offline ads we pick up the newspaper to see our ad, or listen closely for our ad to play on the radio. 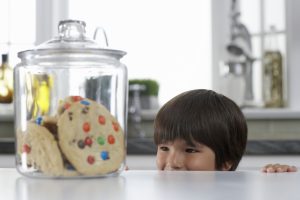 With online advertising it is tempting to verify our ads by doing Google searches.  If our ad appears we have the needed verification. Peaking at our own ads with a Google search can skew data and damage AdWords performance.  Here’s why:

Searching Your Ad On Google Is a Big NO NO!

Click through rate (CTR) is an important metric uses impressions and the number of times an ad is clicked.  The mathematical CTR formula is: Clicks / Impressions, expressed as a percentage.

How Click Through Rate (CTR) Impacts Your Ad Rank

Remember, Google only gets paid when ads are clicked, that’s why CTR is an important ad ranking criteria for them.  Google compares your CTR history against competitive advertisers to determine which ads appear at the top or bottom of their pages.  Ads with higher CTRs have a better chance of getting higher ranks and better positons.

When we go looking for our own ads, we have no intention of clicking on them that would cost money.  Our intent is to verify the ad is showing and perhaps how it is ranked.  Every time we seek out our own ad we trigger an impression without a click and that reduces our CTR.  Every time your ad gets an impression without a click, it negatively impacts your CTR.  Here’s an example; let’s suppose during a month your ad had 100 impressions and 20 clicks.  Your CTR is 20%.  However, during the month you peaked at your Google ten times so your CTR could have been 22% (20 clicks divided by 90 impressions) instead of 20%.

I know that 20% versus 22% doesn’t seem like that big a deal, but if your competitors are not searching their own ads, their CTR’s will be lower than yours… so you go down a couple of notches in Google’s ad rank.

Use the Simulator to Check Your Ad

Instead of searching out your ad on a live Google search and negatively impacting your CTR you can see your ad in the AdWords Preview Tool without triggering an impression.  Just follow the instructions on the next post “How to See Your Ads in Google”.

We're proud to be a Google Partner.

What does this mean?

A newsletter dedicated to getting your business found on Google