Should You Have a Google Grants Or Google Ads Commercial Account, Or Both 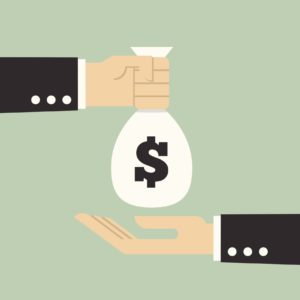 Here’s a case study of a Not for Profit Organization benefiting from a Google Ads Grants account and Google Ads Commercial account.

Non Profit Organizations (NPOs) can receive up to $10,000 per month of in kind advertising through the Google Grants program. Used wisely, this generous program can help NPOs promote their cause and encourage donations. But in some cases, the limitations that come with the program stop you from reaching the full market.

This was the case for one of my NPO clients. This client was using the program to advocate their safety message and their online learning courses. While they had great success reaching new users through the Grants program, the online learning campaign was struggling just to stay on the first page of the Google listings.

The Sluggish Campaign on Google Grants

Online learning is a competitive market with many advertisers vying for ad spots on Google’s listing. So much competition sometimes pushes the Grants accounts to the bottom of the search pages, sometimes even off the page altogether. This is why, despite my client’s automated bidding and optimization efforts, their online learning campaign performed very poorly. That is, until six weeks before their fiscal year end, when they were able to use some extra funds to set up a new commercial Google Ads account.

Our belief was the Grants Program was not fully reaching our market, so we duplicated the online learning campaign in the Grants account to the new commercial account.  To prevent the accounts from competing against each other, Ontario was removed from the Grants campaign.

Both accounts had the same bids, about $2 per click. Both account’s ads were typically showing at the bottom of the first page, and occasionally in one of the top three positions.

After three weeks of ‘equivalent’ bidding, we removed the Google Grants bidding constraints and let the commercial account bid the same as other advertisers. The results were practically instantaneous. The bids increased from $2.00 per click to $3.05 per click. Within a couple of days, the commercial account was consistently showing in the first three positions, getting twice as many clicks and had a higher conversion rate. After only one week, we were experiencing much better performance than the Google Grants account, as seen in the screenshot below:

Why the dramatically different results? By removing the restrictions, we were able to bid to the market price—what other advertisers were prepared to pay. The bidding limits that come with the Grants program were holding back performance.

My client took this test data to the Board of Directors and obtained funding to have a commercial Google Ads account to promote the online learning, while the Grants Account continues to promote the cause. So far, both accounts are performing well.

We're proud to be a Google Partner.

What does this mean?

A newsletter dedicated to getting your business found on Google